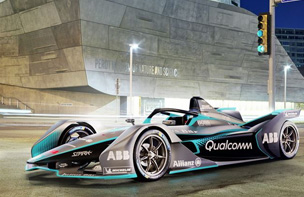 You have probably heard about the motorsport that for the first time in history went completely electric, Formula E had been gaining some serious attention ever since it got promoted as a member of the official motorsport family, which happened 4 years ago.

Early underway the current ongoing season, Formula E have announced an unveiling of a brand-new vehicle that is set to hit the racing track the next season, which is about to start in late 2018.

Due to its incredibly futuristic, state of the art design and technological advancements, the Formula E Gen 2 is about to become even less dependent from the rest of the racing world. 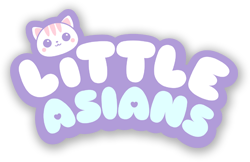 Although FE might be referred to as “just an electric racing car”, the trend shows us something else. FE is already swarming the automotive industry enthusiasts across the world. It is also setting the pace for the rest of the manufacturers and kind of forcing them to accommodate to the trend and question most of the taboos surrounding E powered racing. 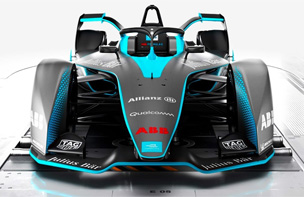 The widely accepted notion that a race car is supposed to be a one-seater, have an open cock-pit and have the wheels open as well. Even though the Formula E Gen 2 contains a built in “Halo Protection System” (specifically designed in order to prevent debris hitting the drivers in a collision scenario), it is still considered an open cock-pit race car. However, it no longer satisfies the open wheel criteria because it now covers a good portion of the wheels with its body-work.

Traditionally speaking, less bodywork leads to less weight and by default make the car go faster. The issue with that is in the aero-dynamic drag, 30% of which is due to the open wheel design. FE puts its primary focus on efficiency, hence covering the tires with the body, which in turn creates an effect of substantially lowering the drag and substantially extending the range of the car.

With the sport being a single make category, defining it into a sport that does not allow later major modifications of the car and the car’s chassis. The specific aerodynamic design is also providing an effect of down-force creation, which allows for fresh (cooled) air to go straight into where the radiators are placed and cutting the drag at the same time.

What makes this car even greater? It’s the fact that even though they had to make all those adjustments for the sake of functionality, they somehow still managed to get it to look like something out of Gotham City’s masked hero’s cave.

The car has an evident special touch when it comes to style and aesthetics. Although it’s add-ons are put there precisely to improve the looks of the car, not to help with the functionality of it. That is where the part of the car that can’t be seen (the underside) comes into play. Designed in such a manner, to take care of the down-force that is required for a car to make turns at high speeds and remain stable throughout the process.

Similar to what we see in a regular car, a large part of the bodywork is attached to the initial and main chassis. This makes an eventual re-design with a fresh bodywork possible without needing a brand-new car.

All of the above is also fundamental in the well-thought process of making the whole sport a lot more exciting and more appealing to the fans, more enticing overtakes during the race overall and making the race much more eye-catching.

Electro Motorsport On The Rise

It has already been announced that the Formula E Gen 2 beast will be used by many of the greatest car manufacturers, such as:

Including EV manufacturers as well:

The task at hand for these manufacturers is not to create the car, nor the battery for that matter. All they need to do is provide the motor, accompanied by the software and hardware of the electronics included, in order for them to utilize the fantastic design the Formula E Gen 2 has to offer.

The World Awaits For The Future To Be Unveiled 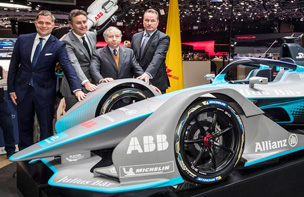 Challenging the traditional way of thinking, always hungry for more and not conforming to the way things are. No matter how good things might seem, there is always a way to get better. This is what FE Gen 2 is promoting.

It also promotes a way forward for the rest of the largest manufacturers in the industry to follow and start racing fully electric powered cars at an affordable cost.

The car is set to make its debut to the world at the widely regarded as the best motor show in the world that takes place in Geneva, Switzerland on the 6th of March.