There is a lot more emphasis now on the strength and safety provided by a car than there was ever before. The sports cars of today may be faster or sharper than ever before, but they also have the features of safety and lack the mechanical frailties that so many of the original race cars had. Nissan and Mitsubishi are actually two companies who can be considered to be leading this field. Want to see some other cars from Mitsubishi? You can read more about it right here.

Here are some of the strongest cars ever produced by Nissan and Mitsubishi. 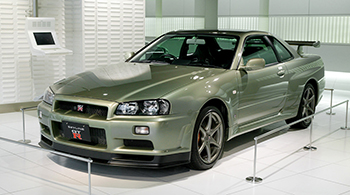 The engine is lively, and it is a safe drive as well

Nissan’s GTR series may have been around forever, but only the most recent generation of the cars was sold in the USA.

The GT-R R32 is now an old car, but it still has the magnificence that very few cars of the modern generation can hope to possess. The engine is lively, and it is a safe drive as well. The twin-turbocharged 276 horsepower inline six-cylinder and all-wheel drive make this car great and an all-time classic.

This car can be considered to be one of the best Japanese sports cars of all time, and not only of Mitsubishi. The car was known as the GTO had 300 horsepower, twin turbo all-wheel-drive engine that could climb a speedometer from zero to 60 in 5.4 seconds.

Not only a strong sports car, but it can be considered to be on the list of supercars. 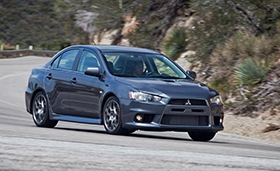 The car is possibly the best one made

When the Skyline GT-R was discontinued, Nissan turned to a car that was built more for a purpose, and that was racing. One of the best supercars in the world it had a 478 hp back in 2008, and now delivers as much as 600 hp.

Now that’s power! The 3.8-liter V6 engine and the dual clutch transmission did its job when it came to destroying the competition. It is one of the most powerful sports cars of all time. 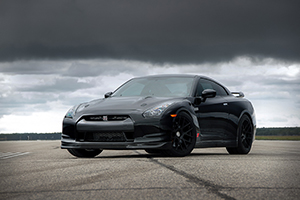 The car is possibly the best one made by Mitsubishi and in a list of strong cars would be impossible to miss out on. The Evo series was one of the best of the Mitsubishi series, and this is the best of the Evo, with an hp of 411/302 kW. Going from zero to 100 km in a measly 4 seconds, it is not a car to be fooling around with.

You can check out the ratings of some of Nissan’s best and sophisticated cars here.